More than 27 million pedestrians on SA roads daily. Can you see them?

The Automobile Association (AA), in collaboration with the FIA Region I, has distributed another 10 000 high visibility sashes to commuters at various taxi ranks in Gauteng as part of its #ISeeYou campaign. The campaign, launched in 2017, aims to make pedestrians more visible to motorists and is part of the AA’s ongoing road safety campaigns.

Funding for the #ISeeYou campaign was provided through FIA Region I and its member clubs ACP, ADAC, ANWB, AvD, FDM, ÖAMTC, RACE and TCS, and in conjunction with sister clubs throughout sub-Saharan Africa.

“FIA Region I is extremely proud of this initiative, which shows how much our network can make a concrete contribution to road safety in South Africa and beyond. These small steps, put together, make a difference!” says Laurianne Krid, Director General at FIA Region I.

According to StatsSA’s National Household Travel Survey 2020, about 17.4 million South Africans walked all the way to their destination daily. In addition, the report also highlights that about 10.1 million learners walked all the way to their educational institution. In total, this represents more than 27 million vulnerable road users who are pedestrians on South African roads daily.

A critical component of the #ISeeYou campaign is to urge pedestrians to wear reflective sashes which are easier for drivers to see. The campaign seeks to provide reflective sashes to as many pedestrians as possible. Within the campaign, a mechanism has been provided for individuals and corporates to make donations to fund the purchase and distribution of more sashes. Anyone interested in contributing to the campaign can visit www.aa.co.za to make a donation. In this way many more South Africans could make it home safely at night.

A major boost for the campaign this year came from the Johannesburg Metropolitan Police Department (JMPD). Members of the JMPD’s Community Outreach division assisted the AA to distribute high-visibility sashes, and information pamphlets, at all the venues in Johannesburg.

“Up to 40 percent of all road deaths on South African roads annually are pedestrians and we consider initiatives such as the #ISeeYou campaign critical to improving road safety, and to reducing these horrific numbers. In addition to highlighting the need for greater pedestrian visibility, the campaign also seeks to drive increased mutual respect between motorists and pedestrians hence the name of the campaign: I See You,” says Willem Groenewald, CEO of the AA.

To foster this mutual respect, the AA urges motorists to focus on the roads they are driving on, to watch their speeds in high traffic areas, and to be aware of pedestrians wherever they are driving.

Willem says pedestrians face many obstacles to safe travel, including wearing dark clothing, or being forced to cross busy roads because there is no sufficient infrastructure for them to cross where it’s safe to do so.

“Another big danger for pedestrians – especially those who walk on dimly lit or unlit roads – is that they are ‘invisible’ to motorists who may only see them when it’s too late to avoid hitting them. Our message to pedestrians is clear: making yourself more visible could save your life,” he says.

“As a society we have to acknowledge that pedestrian safety must enjoy much more attention than it is currently receiving. Looking at the statistics we see that dealing more effectively with pedestrian safety will save lives, and will greatly impact on our appalling road fatality statistics,” says Willem.

The #ISeeYou campaign is also being run in Botswana, Mozambique, Zimbabwe, Namibia, Kenya and Rwanda.  In addition to the ‘live’ activations at taxi ranks, the #ISeeYou campaign also features print, radio and television advertising to re-enforce the high visibility messaging. 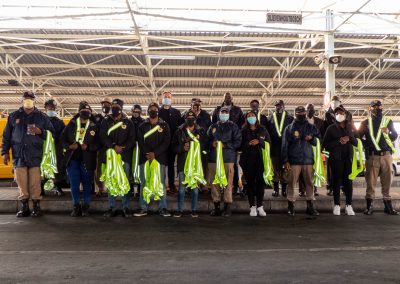 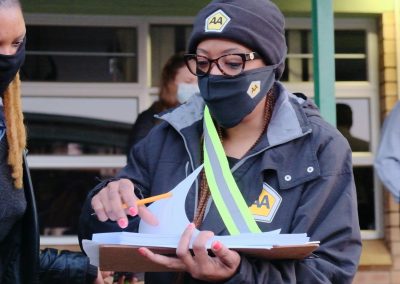 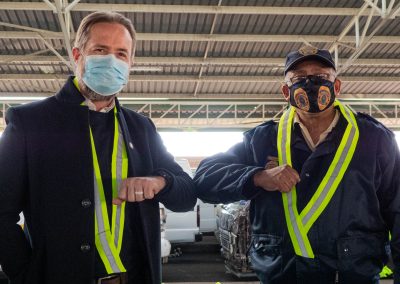 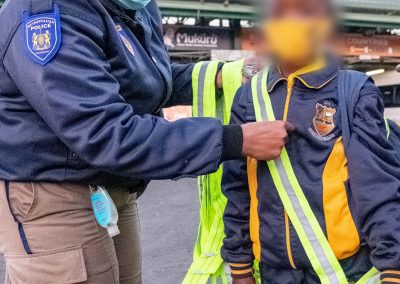 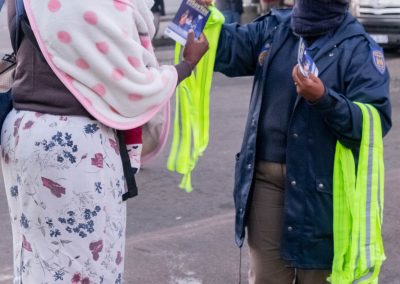 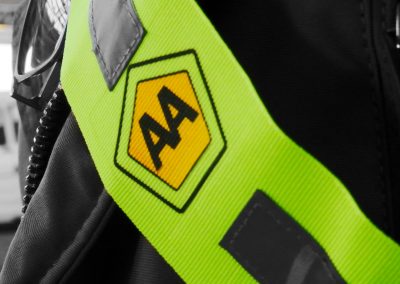 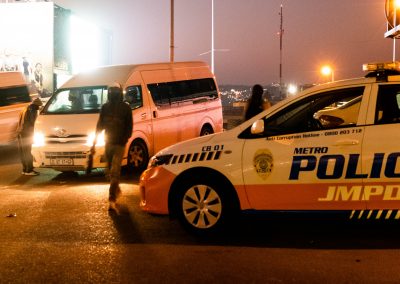 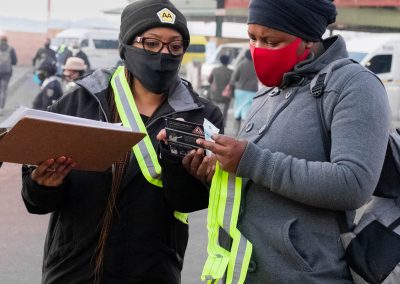 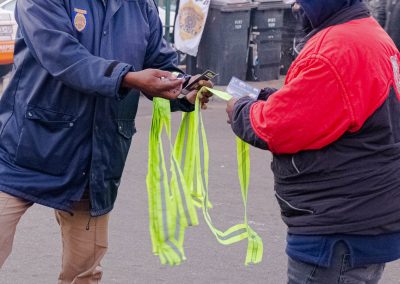 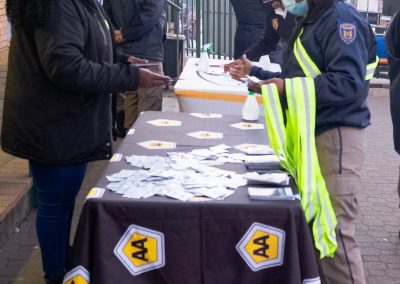 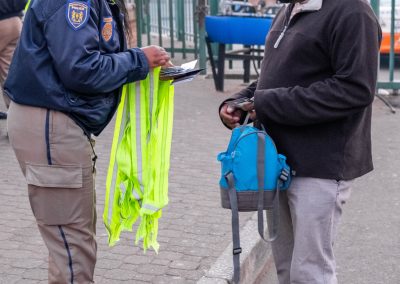 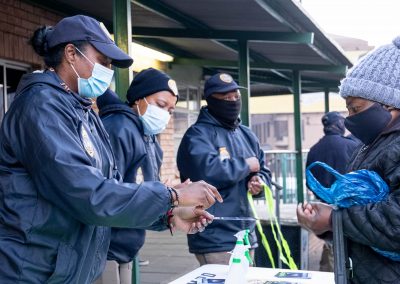 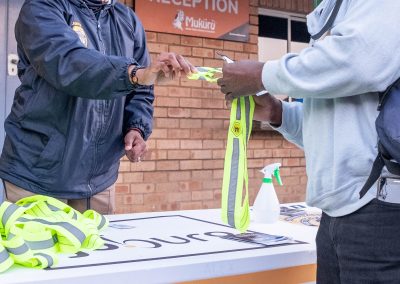 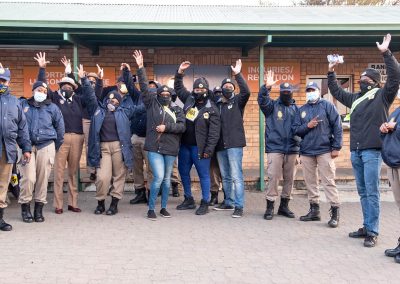 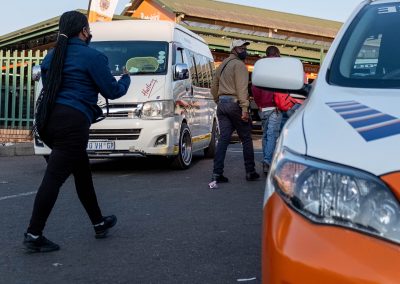 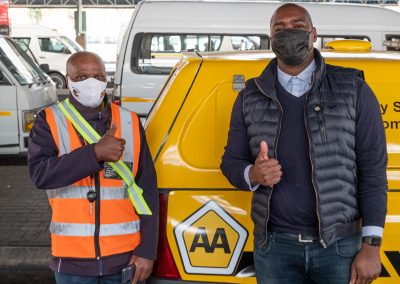 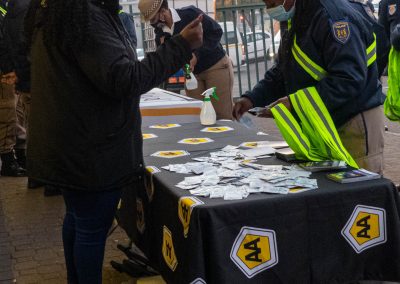 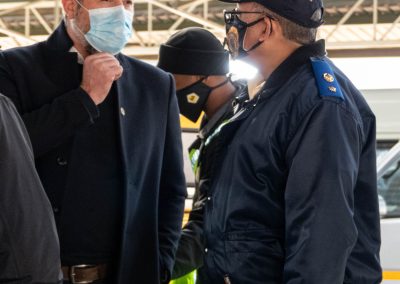